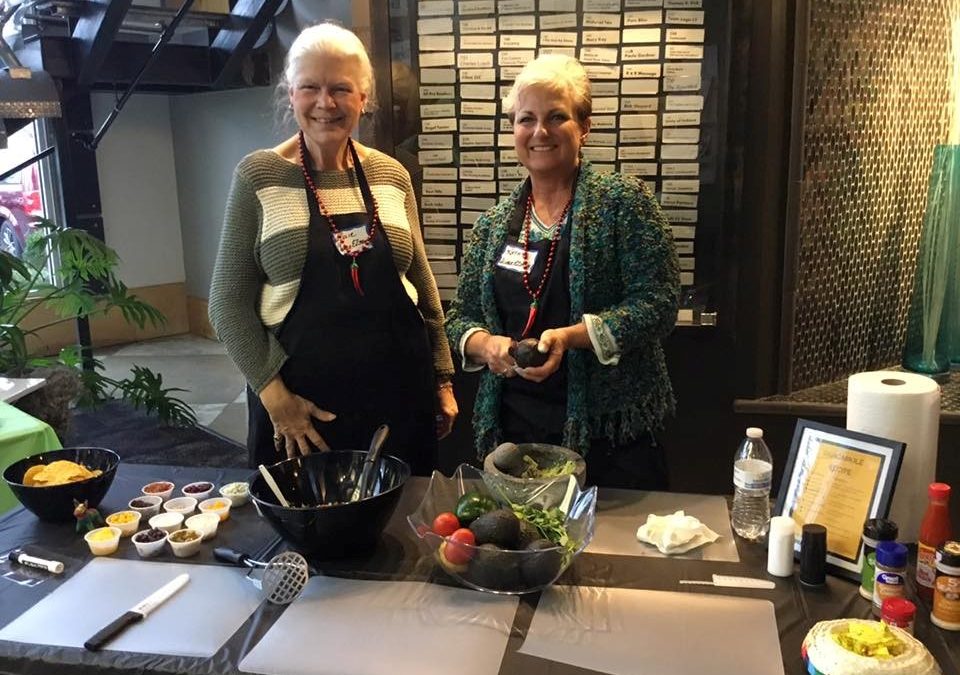 Did you know the Aztecs first created guacamole? The Aztecs called what we know as guacamole – “ahuaca-mulli.”  Ahuaca-mulli roughly translated means avocado sauce or mixture. The Aztecs’ concoction was similar to the guacamole recipe we love to prepare and eat today.

Guacamole is a favorite in Mexican cuisine. Americans love to eat guacamole as a dip with tortilla chips; a condiment with tacos, fajitas or other dishes; or as a salad ingredient. In fact, Americans love guacamole so much, it’s a fun dish to prepare at cooking contests.

The Yeager Office Suites of Greenwood hosted its First Annual Yeager Guac Off on February 27, 2017. In addition to the cook-off, Yeager Office Suites members socialized during the event. The competition was also organized as a charity event. The winning team of the Guac Off won $500. The money was donated in their name to their choice of one of these three charities: Boys and Girls Club, David’s Well Ministries, or Paws with a Cause.

WalkEZStore Owner Kathy Carandang and Director of Customer Care Services Julie Shadinger participated in the Guac Off. They were thrilled to come in second place. Elise Hannemann, a WalkEZStore client and friend of Julie’s, provided her guacamole recipe for the competition. She also contributed all the fresh ingredients.

“The event was a great chance to meet others in the building,” said Julie. “And the event supported good causes. Yeager is doing one of these events in each of their six buildings. They’ll be giving away $3,000 in total to local charities.”

While you may think avocados are a vegetable, they’re actually a fruit. More specifically, they’re a single-seeded berry. In the early 1900s, avocados were often called alligator pears. 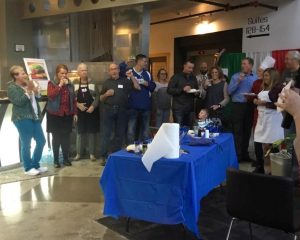 Avocados have the highest fat content of any fruit. They also have four grams of protein, the highest amount in a fruit. It’s no wonder that avocados were highly regarded by the Aztecs and an important ingredient in their diet.

Many guacamole recipes can be found online and in cookbooks. However, good, ripe avocados are the trick to making a perfect guacamole. Then salt, lime or lemon juice, and chopped cilantro, onion, tomato and chiles are added. But, the secret to good guacamole is in the amount of ingredients and the preparation. For this reason, guacamole cooking competitions are so much fun – and yummy when it comes to tasting the competition’s recipes.

The WalkEZStore offers custom performance orthotic products to help improve the way your feet function as they walk. Our custom orthotics will help you feel better all over, not just your feet. Our custom performance orthotic products have been proven to improve foot function and reduce pain in as little as six months to a year. With our 90-day, money-back guarantee, you’ve got nothing to lose but your pain.

Visit our website to learn more about our custom orthotic products and to peruse our online shop of foot care products.

Because … when your feet feel good, you feel good.®

Disclaimer: The information included in this article is for educational purposes only. It should not be used as a substitute for professional medical advice, diagnosis or treatment.