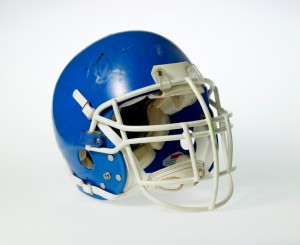 Did you know that up to 3.8 million sports-related concussions happen every year in the U.S.? A concussion is a violent jarring or shaking of the head that causes disturbances in brain function. If you or a loved one has recently sustained a concussion while playing sports, you should know that research shows you have a higher risk of getting a knee or ankle injury within 90 days of having your concussion when you return to playing sports.

From 2006 to 2011, researchers at the University of Florida examined men’s football and men’s and women’s basketball, soccer and lacrosse players. They found that athletes who had concussions are over 3.5 times more likely to have a muscle or ligament injury in their lower extremities within 90 days of having their concussion than teammates who didn’t have concussions. While the sample size of study was small, researchers are confident that there’s an association between concussions and lower extremity injuries.

In fact, if you look at concussions sustained by professional football players during the last season, three players jump to mind who have had concussions and a lower extremity injury following the concussion. These include:

Researchers believe these lower extremity injuries are due to changes in how players think and process information and make decisions, as well as changes in their reaction times following their concussions. These changes can all lead to further injuries.

Tips for Returning to Sports Play following a Concussion

If you’ve experienced a concussion and you want to reduce your risk of getting a lower extremity injury later, some things you can do to get ready to play sports again include:

If you suffer from lower extremity pain, always talk to your doctor about treatment. Foot and knee conditions like plantar fasciitis, shin splints, Achilles tendonitis or ACL tears can be uncomfortable and painful. But wearing ezWalker® Performance Custom Orthotics can help reduce or alleviate your foot pain by providing your feet’s arches with the maximum support they need. ezWalker® Custom Orthotics guide your feet into proper biomechanical position, aligning your body properly from the feet up. Plus, you’ll experience greater stability and balance with every step you take. While they can’t reduce your symptoms from a concussion, they can help to take away your foot pain, so you’ll feel more inclined to get up and get moving once you’ve been cleared by your doctor.

For more information on ezWalker® Performance Custom Orthotics, visit the WalkEZStore. Or, order your pair today for maximum comfort while you’re playing sports.

Because … when your feet feel good, you feel good.®

Note: If your symptoms or pain persist, this may indicate a more serious condition. See your doctor for a proper diagnosis and treatment.