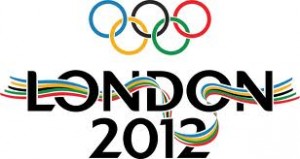 The first ancient Olympic Games occurred in 776 B.C. on the plains of Olympia, Greece and were held in honor of the god Zeus. The Games included running, long jump, shot put, javelin, boxing, pankration (a martial art combining wrestling and boxing) and equestrian events. Only free male Greek citizens were allowed to participate in the Games. No women were allowed to participate. The ancient Games were eventually banned in 393 A.D. by Emperor Theodosius as a “pagan cult.”

In 1894, Frenchman Baron Pierre de Coubertin founded the modern Olympic Games to bring together sport, culture and education. The first Games were held in Athens in 1896 with 241 athletics, representing 14 countries. The Summer Olympic Games are held every four years in a different city.

Initially, the modern Games only included summer sports. However, the rise in popularity of winter sports in the 1920s led to the first Winter Olympic Games held in 1924 in Chamonix, France. Now the Winter Olympic Games are also held every four years in a different city (in between the years that the Summer Games are held).

Training and Competition Increase the Risk of Injury 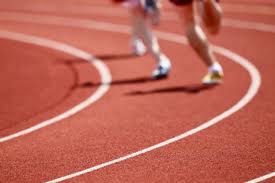 In many sports, an athlete’s feet can absorb tremendous shearing and loading forces due to repeated running, jumping and side-to-side movements. Sometimes these forces can reach over 20 times the athlete’s body weight. When you add these forces with the intense levels of competition, requiring strength and endurance, the risk of foot injuries increases. While the most common cause of foot injury is acute trauma, other factors include improper warm-up; overuse of joints, muscles and tendons; improper footwear; and playing on hard or uneven surfaces.

Athletes can suffer from a variety of foot problems, including plantar fasciitis, turf toe, Achilles tendonitis and ankle injuries. Recently, France’s Olympic 1,500m bronze medalist Mehdi Baala pulled out of the London Games due to a foot injury. U.S. gymnast Jonathan Horton is going into these Games after suffering two broken bones and a torn ligament in his foot in October. And, the women’s marathon world record holder Paula Radcliffe from Great Britain is being treated for a degenerative joint injury in her foot.

For athletes, proper training and conditioning is critical in preventing injuries. And, sometimes, athletes may require special orthotic devices in their shoes for proper foot function in order to reduce injury.

So, as you watch the extraordinary performances of the athletes in these Summer Games, remember the amount of time, training and conditioning they must go through in order to prepare for this competition.

Regardless of whether you’re a professional or casual athlete, custom orthotics, like ezWalker® Performance Insoles, can help increase your sports performance. These custom-made insoles are biomechanically designed to help support the arches of your feet. They also control the hind foot while allowing proper function of the first metatarsal joint. So your feet are guided into better alignment with each step you take.

ezWalker® Performance Insoles can be purchased via the Internet, so anyone, from anywhere, can own them. They’re ultra thin and ¾ in length, so they’ll fit into most athletic shoes. They also come with a 90-day, money-back guarantee, so you’ve got nothing to lose. So, order your pair today!

Because … when your feet feel good, you feel good.