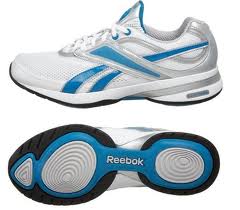 You probably remember seeing the Reebok commercial where an obviously fit woman tells you that Reebok EasyTone shoes are proven to strengthen hamstrings and calves by up to 11%. And, they tone the gluteus maximus muscle up to 28% more than regular walking shoes. Reebok also states “that running in RunTone shoes increases muscle activation, toning, strength, and endurance as compared to running in typical running shoes.”

So what’s the issue? Well, according to the Federal Trade Commission (FTC), these claims made by Reebok aren’t true, making them in violation of the FTC Act. Therefore, the FTC has ordered Reebok to pay $25 million in refunds to people who purchased EasyTone and RunTone shoes. Plus, Reebok must stop making these deceptive advertising claims.

So why did Reebok lie to consumers? Well, in 2010, the market for toning shoes was estimated to be $1 billion.

In July, we wrote about the supposed advantages, as well as the health and safety issues, associated with wearing toning shoes. As we stated then, “Several studies suggest that there isn’t enough evidence to support the beneficial claims that manufacturers make about toning shoes.” In their ruling, the FTC found there was no scientific evidence to back Reebok’s claims.

Prior to the FTC ruling, the National Advertising Division (NAD), a major industry group, also questioned Reebok’s claims – specifically that their toning shoes feature “moving air technology,” which uses pockets of shifting air to create “micro-instability.” Reebok claimed that this instability created during each step caused people’s muscles to work harder, thereby toning and strengthening them.

Evidently, to support their claims, Reebok touted research from a study it paid for in 2008. The study examined five subjects – some who wore Reebok Toning Shoes, some who wore regular walking shoes, and others who wore no shoes – while they walked at their own pace for five minutes on a treadmill. The NAD countered that five subjects was too small a sample to be representative of all targeted consumers. Plus, the five-minute trial period was too short to reflect real world conditions.

The FTC ruling bars Reebok from “misrepresenting any tests, studies, or research results regarding toning shoes and other toning apparel.”

If you purchased any Reebok toning shoes or toning apparel, you go to Reebok Settlement website file for your refund.

At the WalkEzStore, we care about you and your feet. If you suffer from improper foot mechanics or foot conditions like hammertoe, bunions, or arch pain, Kathy Carandang, our certified pedorthist (C.Ped.) can help you achieve maximum mobility, pain relief, and
comfort through the use ezWalker® Performance Insoles. This customized orthotic can provide you with improved biomechanical position by strategically raising the medial, lateral, and trans-metatarsal arches of your feet to provide you with proper support throughout the gait cycle. Not only will you experience reduced stress and strain on your feet, knees, hips, and/or lower back, you’ll also have better balance, stability, and posture with every step
you make.

ezWalker®Performance Insoles can be worn in any of your shoes – casual and athletic footwear, work shoes and boots, and even fashionable high heels. Order your ezWalker® insoles today.

ezWalker® Performance Insoles make all your shoes feel like they walk for you. Remember… when your feet feel good, you feel good.